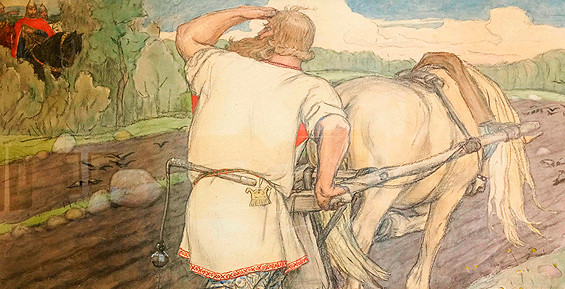 On April 1, regional mass media of Kamchatka hastily reported that according to the RBC the the Russian Navy command structure had't given NOVATEK building permit for a terminal in the vicinity of Petropavlovsk for the transshipment of liquefied natural gas for the needs of the region. They say, such conclusion follows from the speech of NOVATEK's Deputy Chairman of the Management Board, Denis Solovyov at the Federation Council's plenary session on March 31.

Some people started to write sarcastic remarks on social networks, the essence of which was that the large-scale international investment project “collapsed”, same as the plans for energy supply of Kamchatka with affordable stripping gas that would cause the socio-economic development of the region.

But those people did not bother to visit the official website of the Federation Council and look through the agenda of the 479 (unscheduled) plenary meeting of the upper house of the Russian parliament, held on March 31. All the issues was connected with the need to urgently respond to the challenges associated with the spread of a new coronavirus infection.

“Denis Solovyov’s speech took place at the meeting on the gasification of Russian regions at the upper house of parliament. It concerned not the implementation of the NOVATEK's project of building a sea transshipment terminal in the Bechevinskaya Bay, but only the prospects for gasification of the region using LNG produced by the Leonid Michelson's company. As part of this task, it is planned to locate a floating regasification terminal in Avacha Bay to accept small displacement tankers and transfer fuel to the existing pipeline system of the peninsula. At the meeting of the Federation Council committee Denis Solovyov noted that a constructive dialogue with the Ministry of Defense continues. We have reasons to believe that the parties are close to achieving an agreed solution, ”said Yulia Kharitonova, Director General of the Development Corporation of Kamchatka.

NOVATEK’s plans to establish a transshipment marine terminals in Bechevskaya hasn't changed. Such conclusion follows from the chairman and major shareholder of Novatek, Leonid Mikhelson's speech, that took place in the first decade of March. The company expects that the creation of “LNG transshipments” in Murmansk and Kamchatka, the first stages of which will start operating in 2022, will significantly decrease logistics costs, which is especially important in conditions of low prices for natural gas.

Leonid Mikhelson said that tariffs for blue fuel "have almost reached the bottom." When the head of the company made this statement, the prices were 2.9 - 3 dollars per million British thermal units in Europe and 3 dollars - in Asia. The cost of gas production in Russia, according to Leonid Michelson, is about eight times lower than the prices that have "bottomed out."

NOVATEK is increasing LNG supplies along the Northern Sea Route in the western and eastern directions. According to the company’s official announcement, in the third quarter of 2019 alone, 15 tanker shipments of LNG produced in Yamal were sent to the Asia-Pacific region. Last year there was a record number of crossing the ice section of the Northern Sea Route during transhipment. The tanker Vladimir Rusanov, heading from Sabetta to China, overcame it in six days. And the entire route of the ship was 16 days - more than twice faster than the rote through the Suez Canal and the Strait of Malacca. The benefits of northern logistics are obvious. The Russian liquefied natural gas market is expanding in the Asia-Pacific region. Last year in addition to our traditional partners in this region, Bangladesh became a new buyer country.

“The increase in deliveries through the NSR confirms the priority of the markets of the Asia-Pacific countries as a strategic direction for future deliveries of NOVATEK LNG,” said Lev Feodosye, First Deputy Chairman of the Management Board of the company. “Further development of navigation along the NSR and the construction of LNG transshipment complexes in Kamchatka and Murmansk will allow us to optimize the company's logistics chain.” Moreover, the creation of terminals in the east and west of the NSR will allow Arc7-class tankers to transport LNG along the Northern Sea Route throughout the year. The immediate plans of the company are to use 15 reinforced ice class gas carriers and to increase their number to several dozens in the near future.

It is planned that the complex in Bechevinskaya Bay will consist of two floating storages of LNG, an approach channel, berthing facilities, and safety navigation systems. The total investment in the main capital of the project exceeds 100 billion rubles, 70 billion of which more than are private funds, including companies from China, France and Japan.

After the complex is put into operation, about two hundred people will receive high-tech jobs. By the beginning of 2028, tax revenues to budgets of all levels are expected to exceed 24.5 billion rubles.

The project, whose initiator has the status of a TASED (Territory of Advanced Socal and Economic Development) resident, provides for the construction of a special tanker of about 5 thousand tons displacement to deliver liquefied fuel to the floating regasification terminal in Avacha Bay, which was discussed at a meeting of the Federation Council Committee.