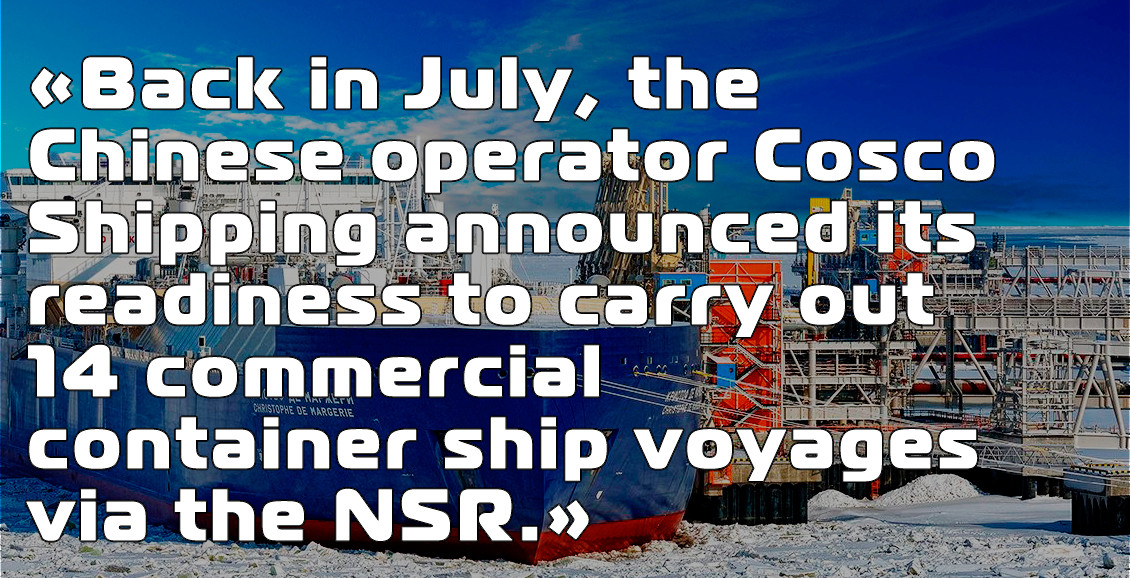 The theme of the development of the Northern Sea Route in November was the center of attention of both the expert community and leading news agencies of the country.

These are several reasons for it.

Back in July, the Chinese operator Cosco Shipping announced its readiness to carry out 14 commercial container ship voyages via the NSR. Partners from South Korea and Japan discussed their intention to send goods to Europe through the Arctic and the development of port systems for this purpose during negotiations with the Development Corporation of Kamchatka.

This year polar logistics was used to transport significant volumes of Kamchatka seafood to the European part of the country for the first time.

At the same time Rosatom announced its readiness to join the 15 Global Freight Forwarders in the nearest future due to the intensification of traffic along the Northern Sea Route, spending about $7 billion to achieve the declared goal.

“Rosatom is going to deliver 72 million tons of cargo per year, reducing shipping time from Asia to Europe by 10-32 percent." According to the calculations of the Corporation, it will be able to reach the planned value of $5-6 billion by 2026 using polar logistics.

But there is one negative message among a plenty of positive articles about the NSR: PJSC NOVATEK has an unresolved problem with federal funding for its project, which provides for the creation of a marine LNG transshipment terminal at the eastern coast of Kamchatka. But we have a strong impression that even the absence of budget billions will not force Leonid Michelson to abandon this promising project, as the company connects the profitability of the supply of liquefied gas supplies to Asian consumers with it. Actually, we can say that the project is developing.

Anyway, five Arc7-class gas carriers, designed for navigation in polar waters, which will provide transportation of fuel from Yamal to the terminal in Kamchatka, are being built at the Zvezda shipbuilding complex. State subsidies are provided for their construction.

This December it was announced that the Zvezda had signed a contract with the South Korean shipyard Samsung Heavy Industrial on the supply of components for gas carriers under construction in the amount of one-and-a-half billion dollars. There is confidence that we will be able to see these giants near the coast of the peninsula very soon.

“People of Kamchatka wonder about the information on the development of the Northern Sea Route more and more,” says Julia Kharitonova, Director General of the Development Corporation of Kamchatka, “which is understandable and logical. Several major logistics and energy projects that can set an innovative vector for the region’s socioeconomic development are connected with the evolution of the NSR into a transport line of strategic international importance. Kamchatka should profit from its advantageous geographical position. There is a number of comfortable ice-free bays on the eastern coast of the peninsula, the northernmost of which is located on the 60th parallel, in Korf Bay. ”